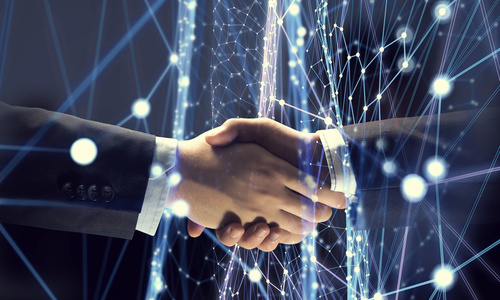 One of my favorite authors, Pam Grout, recently blogged about making a covenant with the Universe. Her story got my wheels turning in my mind and my heart beating in my chest.

Here is the story she told…

“You might remember the story in E-Squared about the founders of Silent Unity, a worldwide movement that proclaims a bigger truth about who we are and why we’re here. The movement was started more than 135 years ago by Myrtle Fillmore who healed herself of tuberculosis and aggravated malaria.

Despite the fact she was spitting up blood, running a constant fever and depending on a cabinet full of medications, Myrtle decided to put to the test the outrageous claim made by a New Thought teacher who told her that God, who was all good, would never wish disease on anyone. Furthermore, the teacher, promised that if she could align herself with this spirit of all good, she would discover her true self—which was completely healthy and whole.

Over and over, Myrtle affirmed: “I am a child of God and therefore I cannot inherit sickness.” She refused to “judge according to appearance.” She praised the vital energy of God within every cell.

Within two years, there was no sign of her old illnesses.

As I mentioned, she and her husband, Charles, who also healed himself from a disabling hip socket injury, started what’s now known as the Unity movement.

What I didn’t know was that on December 7, 1892, Myrtle and Charles made a written covenant with the universe. They committed their time, money and all they had and expected to have to the Spirit of Truth and to the Society of Silent Unity.

In exchange for this commitment, they made it clear that they would expect God (the Universe, the F.P.) to render unto them an equivalent for their dedication in peace of mind, health of body, wisdom, understanding, love, life and an abundant supply of all things necessary to meet every want.”

I began asking myself what kind of pact do I want to make with the Universe? What pulses so strong within me that I am willing to go for it and expect the Universe to support me in return? For me, it is this energy work. I don’t know where it will lead and I don’t know how it will unfold but I am leaning in to the tug on my heart and asking/expecting the Universe to support me. It feels a little scary and thrilling all at once. Some how I know this is my purpose and the Universe knows this too. When the physical me and the eternal me unite in a common cause miracles can happen!

So, I ask you my friend, what is your pact with the Universe?