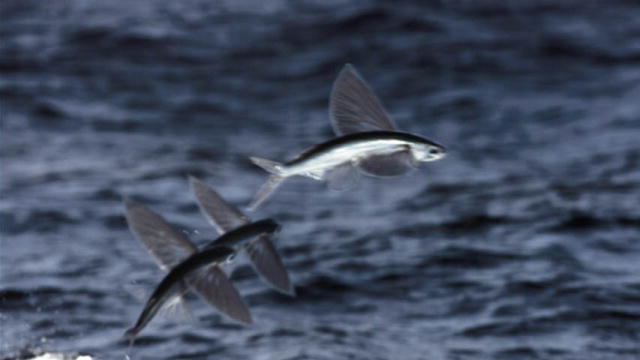 In the Pacific Ocean off the coast of Hawaii lives the Malolo (Mah-low-low) fish. Malolo are unique in nature. Some might even call them a freak of nature because they are fish that really want to fly. These sleek bodied fish are fast and agile leaping over 100 feet in a single bound. Some can stay in the air for 42 seconds!

Hmmm…What does it feel like to be a fish who would rather fly? If the fish community is anything like the humans I know, it probably goes something like this…

The little Malolo fish looks at his fish buddies in the ocean’s playground and says, “I wonder what’s up above this water. What do you think lives on top? What are those blurry images I get glimpses of sometimes?”. His fish buddies scoff at Malolo. “Who cares what’s above the water! We are fish. We have gills. We are meant to swim!” But, the little Malolo fish is curious. He wants to know what it looks like up there.

Malolo doesn’t let his failures deter him. He allows himself to believe that he can do it before he actually can. He chooses to trust in his own desires instead of listening to the nay sayers. Malolo doesn’t fault his fish buddies for not wanting to fly. Swimming for them is all they want. Swimming is all they need. Malolo knows he has a different calling. Swimming is not enough; he wants to fly.

Malolo continues to believe in his dream before any one else can see it. He holds the vision of leaping out of the water and through the air. And one day that is exactly what happens! Malolo gets a really good start. His swim speed is exactly right. He takes a deep breath while pushing his body with his fins and he launches himself out of the water up through the air! He can’t believe his little fish eyes. Out of the water he can see! He can see clearly. Everything that was cloudy from below is now clear. It’s amazing! He can fly!

Before Malolo knows it, he is splat back down in the water. Oooh, but that taste was enough! He wants more. He wants freedom and flight and fun. Malolo can fly.

I believe there is a Malolo in all of us. A little freak of nature that needs to be expressed in a way that can only happen through you. What do you want that no one else wants? Don’t let your “school of fish” talk you out of your dreams. Believe in yourself even though no one else does. Choose to fly.